SHARE
An important work, unique and original, by the artist Mario Schifano (1934-1998), one of the undisputed protagonists of contemporary art and one of the greatest exponents of Italian and European pop art, known and appreciated throughout the world (with the label of "damned artist").

The work was made using acrylic (enamel) and collage on paper; it is signed in the center and is in very good condition; it comes from a private collection.

It includes the certificate of authentication and archiving of the Mario Schifano archive and our certification of authenticity, with photo, description, year and dimensions.

Mario Schifano was born in Homs, Libya, in 1934; son of an archaeologist responsible for the excavations at Leptis Magna.
At the end of the war he returned to Rome with his family; however, unable to attend regular schools due to his restless nature, he will begin working in the footsteps of his archaeologist father at the Etruscan museum of Villa Giulia.
This experience will be his first approach to the art world.
At the end of the 50's he took part in the artistic movement of the Piazza del Popolo School with other artists such as: Mimmo Rotella, Giosetta Fioroni, Tano Festa, Franco Angeli, etc.
He made his debut in 1960 with an exhibition at the "La Salita Gallery" in Rome with other painters, immediately attracting the interest of the critics, with monochrome creations that simulate a photographic screen, with letters, numbers, marks of Esso and Coca Cola.
From there Schifano will begin to make a series of exhibitions around the world, gaining fame and success. He will also make his first trip to New York, where he will come into contact with Andy Warhol, thus becoming an integral undisputed part of Pop Art and Nouveau Realisme; but from here it will also start the story that will accompany him throughout his life, with various types of drugs.
At the end of the 70's an ideological and existential crisis led him to isolate himself often in his studio and, at that moment, he would begin to make works reinterpreting Magritte, De Chirico, Cézanne, etc.
After a period troubled by several stormy and tendentially negative personal episodes, in 1985 he married Monica De Bei, who would also make him the father of little Marco.
From that moment his painting became richer in suggestions and magnetism.
In 1988 he will design the yellow jersey of the Tour de France; he will be the only Italian to have this honor twice.
His life will continue to struggle between exhibitions, participation in various Biennials; has a renewed interest in technology, is dedicated to civil commitments, organizing campaigns like the one of Greenpeace, etc.
He died in Rome on January 26, 1998, for a heart attack.

+39 339/7408840
WORLD WIDE DELIVERY
Non-European users should read the page about shipping and customs
RETURN OF ITEMS WITHIN 14 DAYS
COLLECT IT AT OUR PREMISES
VIEW, PAY AND COLLECT ITEMS
DIRECTLY AT OUR PREMISES
CUSTOMERS WHO HAVE SEEN THIS ARTICLE HAVE ALSO SEEN 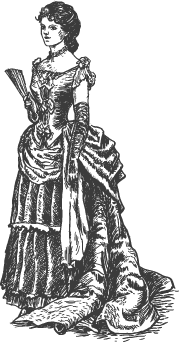 I received the painting and I am very satisfied. Thank you.

I have received the chinese sculpture on time and I believe that the negotiation has been very correct and carried out with mutual satisfaction.

Seriousness and competence; great quality of the articles, which are proposed with beautiful photographs, detailed descriptions, certificate of authenticity and sent professionally. I recommend it to anyone who is a serious fan of art and collectibles.

I've made two orders from La Maison De La Petite Sara, and I am happy with my purchases from this shop.

Sara responded to all my inquiries in a timely manner, and I received all my orders well-packaged and without damage.

Grazie and Best Wishes to your Shop Sara!

Fast shipping, everything is ok.

WORLD WIDE DELIVERY
DO YOU HAVE AN ITEM TO SELL?
CONTACT US WITH NO OBLIGATION!

La Maison De La Petite Sara S.r.l.
Via Orazio Olivieri, 6 - Dogana - (Repubblica di San Marino)
C.o.E. SM 27191
Iscritto al Registro e-commerce al nr. 506 del 02/10/2017
Entered in the e-commerce register under no. 506 on 02/10/2017
pursuant to law no. 58 of 29 May 2013
The company is registered in the Register of Non-Financial Entities pursuant to Article 19 of Law no. 92 dated June 17, 2008 and is subject to the supervision of the Financial Information Agency.
Sales and/or purchase transactions, including fractional amounts equal to or greater than €10,000, are subject to the obligation of adequate customer verification pursuant to Article 21 of the aforementioned law.
All our shipments are sent from the Republic of San Marino
All prices shown are already inclusive of EU/EEC VAT
Credits TITANKA! Spa © 2018-2022